Video games are a major source of leisure that keeps stress and tensions away. These games are known for keeping participants away from the real world for a short period of time and taking them to the land of fantasy. Moreover, this kind of game also has a greater impact on the psychological behavior of people.

China because of its population is considered the biggest gaming market in the world. According to the studies of quarter global revenue, it is known that the gaming industry in China reached $38 billion in 2018.

But, important news to notice is that China has announced a stoppage point on the usage of games for those who are at minor ages and this step was taken against the curbing video game addiction.

The government has officially released a statement to counter the issue and guidelines are set to apply to all the gaming platforms in the country. Tencent, the world’s biggest gaming network is to being guided to stop the flow of games in those guided hours.

The guidelines which have been projected by the Chinese government are as follows:

Chinese gamers who are under the age range of 18 will not be allowed to continue with their gaming in the hours of 10 pm to 8 am. And, all the authorities and parents are advised to observe the guidelines as they are set for the benefit of their own children.

However, the children under 18 are provided with an extra privilege. They can play for an extra 90 minutes of time on weekends because of the fact that the next day there is no school. In this bill, my Chinese government, the sentiments of Chinese young gamers are also kept under consideration by providing them with extra time so they can satisfy their thirst.

In this curfew bill, the Chinese government has put a threshold on the amount of money you can spend on your gaming prospects. The government has also placed guidelines on how much money one can transfer to his gaming accounts.

Gamers whose age is from 08 years to 16 years can only top up $29 on their gaming resources per month while the maximum amount of money you can top up is $57 when you are 16 to 18 years old.

If we consider the views of the Chinese parliamentarians on this curfew then we should be first eyeing on the remarks of the Xinhua spokesman “ It is done to clear the internet space and to protect the physical and mental health of minors.” Furthermore, it was said on the other occasion that

“This notice has emphasized the responsibility of corporations and government has duties to supervise the problems and find their relevant solutions. Moreover, the government needs to make sure that every corporation is abiding by the rules of the state.”

On the question of administration and look over he answered

“ The administration is working with the police so that a real-name database system can be introduced. This system will enable gaming companies to check the identity of the participants against the national database.”

A successful seminar was conducted in Beijing in August 2018 against the online gaming system. The motto of the conference was to limit online gaming among the young generation because it is having harmful effects on their sights and mind.

They claimed that online games enhance shortsightedness and adolescent patients. A game named “Honor of Kings” was criticized because it was the game that caused addiction among people in the year 2017. And, a general statement was embraced that games like these should be banned to limit the addiction.

IGD stands for Internet Gaming Disorder. This term was added officially first time in the year of 2017 by World Health Organization internationally. IGD with all the recommendations was then added to the International diseases and diagnosis list in June 2018.

IGD was further explained as it is the disease that captivates the minds of the people altogether and takes them to the world of fantasy. People suffering from this disease cannot focus on any other prospect because their minds are always thinking about their games and all the stuff.

The IGD patients no longer care about food, home responsibilities, and schools, what they only care for is their game. And, accordingly, possible remedies were and are suggested by the medical experts.

In another study, it was said that men are undoubtedly the more powerful asset for the betterment of the nation. This research was carried out in Shanghai Jiao Tong university school of medicine and this study predicted that men are more easily captivated by Internet Gaming Disorder.

That’s why China set up this whole planning to limit Internet gaming all-around all at an early age.

As China is the largest gaming hub in the world and the market has gone down since the curfew so many gaming agencies have responded proactively to the problem but reliable age verification and enforcement of the amendments are major concerns these days.

Being the world’s biggest gaming provider Tencent Games reacted to the criticism by limiting game time for the user who is under age i.e. 1 hour for kids of 12 years and 3 hours for the people with the age range of 12-18. Moreover, Tencent games now ask for age verification and valid identity to log users into the game.

Gaming is no doubt a good way to spend a nice span of time as a leisure activity and it can too release your stress to all sorts but getting engaged too much into the games can really affect your mental and physical capabilities.

It can result in IDG, shortsightedness, and adolescents. So, we should maintain a balance between the things by keeping the gaming to a certain limit where it cannot do any harm to our health or capabilities.

How You can Make a Living by Joining the Gaming Industry in 2020? 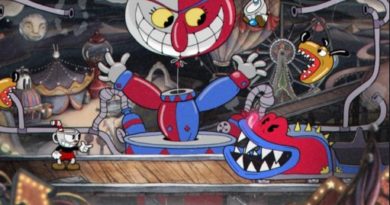